Japan sought peace on 15 August, 1945 and all regular resistance to the occupation forces ceased on that date. The Australian armed forces under Major-General Wootten entered Kuching on 11 September 1945 to receive the formal surrender of the Japanese army in Sarawak, which was immediately placed under British Military Rule administered by the Australian Military until 15 April 1946. 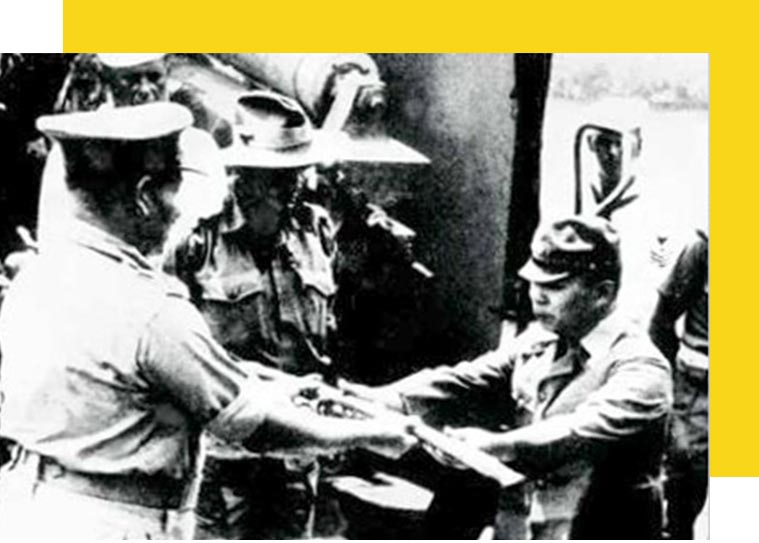