On 29 August 1963, the Yang Di-Pertuan Agong signed the Malaysia Declaration for the formation of the Federation of Malaysia.  This was subsequently approved by the Sarawak Legislative Assembly on 4 September 1963 with 38 votes for and 5 against.  A week later, Chief Minister Stephen Kalong Ningkan, 3 state cabinet ministers and 10 members of the Alliance flew to Kuala Lumpur to meet the Prime Minister and the Secretary of the Colony of Britain, Duncan Sandys, as an exciting new future beckoned for Sarawak. 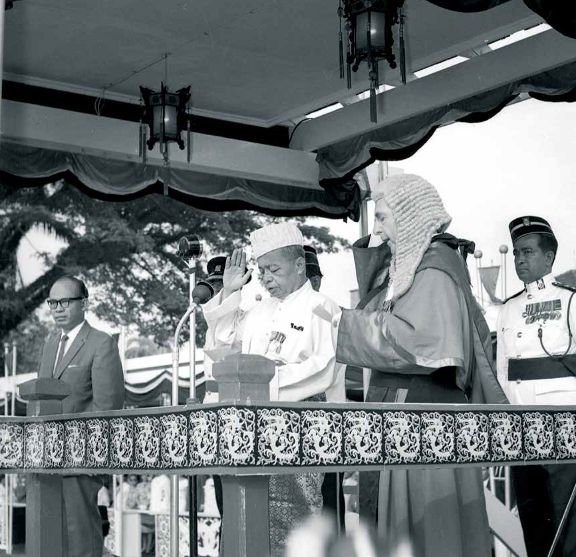 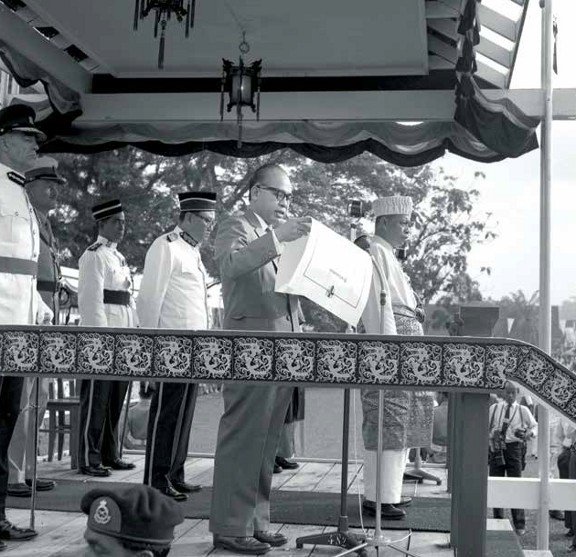 Mr. Stephen Kalong Ningkan reading the Proclamation of the Independence of Sarawak.

It was a poignant and proud moment when Ningkan read the Proclamation of the Independence of Sarawak: “Now therefore I, Stephen Kalong Ningkan, the Chief Minister of Sarawak, hereby proclaim that Sarawak has this day attained independence as a State of Malaysia”.

This was followed by the hoisting of the federal flag and the playing of the national anthem ‘Negaraku’.  On this historical day, Sarawak achieved full independence as a member state of the Federation of Malaysia.